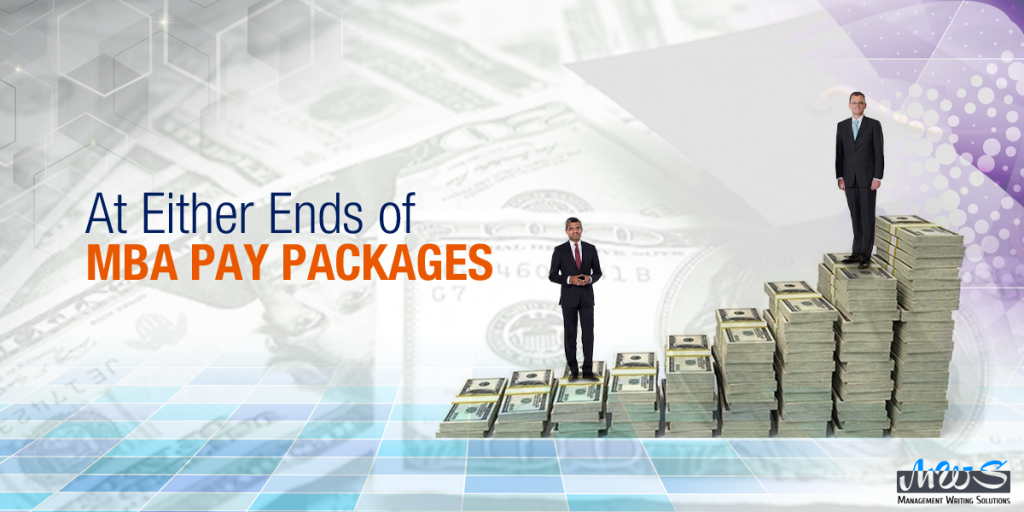 At Either Ends of MBA Pay Packages

It is not often that one makes nearly half a million dollar in a single year after passing out of an MBA program. But the sailing was not so smooth for all, as other MBAs struggled to gain a strong and solid compensation package.

These are the inferences that one has to make if they are to go by the figures stated in a report released by Poets & Quants. It compiled the lowest as well as the highest base salaries from the MBA graduates who passed out of B-Schools in 2015. The report has its basis in the employment records of business schools. The highest recorded was an astonishing $467,000 which was more than 50% of the next highest base salary as recorded in the previous year.

On the other end of the spectrum an MBA from Stanford reported the lowest compensation package.

This person got a base salary of $18,000 in his stint at a Europe based non-profit, according to the report released by Poets and Quants. In sharp contrast the median starting salaries of MBA graduates passing out of Stanford enjoyed salaries to the tune of $100,000.One graduate from Wharton School also reported a graduate with a base starting salary of $24,000.

The MBA graduates from Stanford who recorded the highest compensation packages were mostly placed in private equity, hedge funds, investment management, health care and venture capital, the study indicated. On the other hand industries in the so called social impact sector like government work and working for non-profits received the lowest compensation packages among the diverse industries.

The figures should be considered to be conservative estimates as it is not uncommon for B Schools to play down things a bit in order to protect the privacy of its graduates and to ensure that the expectations of graduates are not unduly inflated.