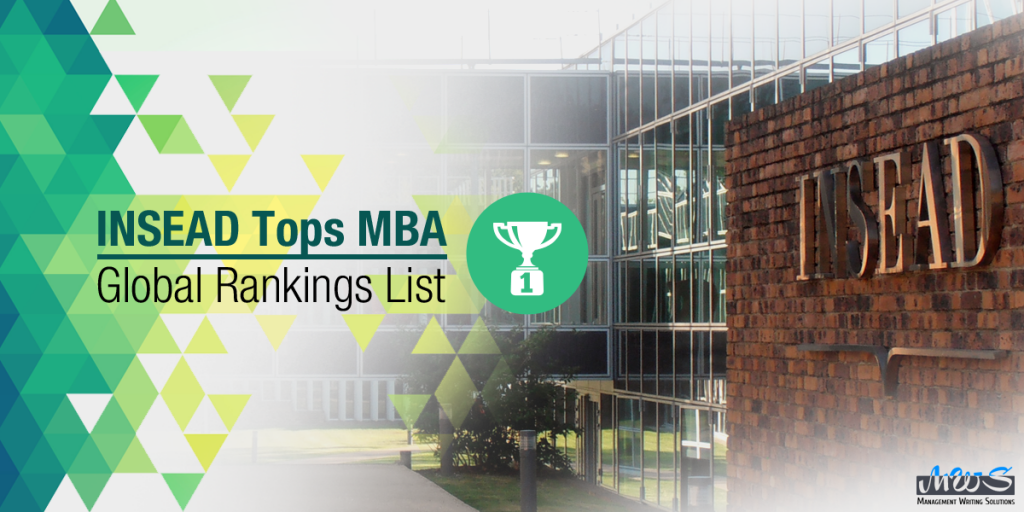 For the first time since its inception in 1999, the INSEAD one-year MBA has topped the rankings of Global MBA programs. The rankings were conducted by the Financial Times. It is noteworthy to mention here that INSEAD has campus presence in Singapore, France and even Abu Dhabi.

In a first ever instance amongst MBA programmes, a business school that has substantial presence in Asia has hit the top spot in Financial Times’s rankings. INSEAD retains the distinction of being the only business school that features on the top of the rankings and delivers its MBA programmes across multiple campuses across continents. Amongst its odd 1,000 students 75% are pursuing their studies in Fontainebleau on the outskirts of Paris and Singapore.

In another first, the one year INSEAD program happened to be the first instance of an MBA programme of one year duration grabbing the honors. The other schools to get the coveted top spot earlier namely the Stanford GSB, Harvard, Wharton and London Business School all offered two year degrees.

INSEAD also has the distinction of being the introducer of the first one-year programme way back in 1959 with numerous business schools following suit. MBA study costs have risen steadily over the years and students find themselves mired in debt after graduating. This is one of the key reasons students are wary of commenting themselves to MBA programs stretching over two years.

INSEAD has been steadily rising over the years in terms of stature. But with things as they stand today, the numbers of INSEAD graduates at the top echelons of FT 500 companies are more than any other program other than Harvard.

In the month of October in 2015 the part-time EMBA conducted jointly by INSEAD and the elite Tsinghua University from China for the first time topped the EMBA rankings published by FT.

INSEAD stands as one of the nine elite business schools since 2000, that alumni recruiters want to recruit from the most apart from their own alma matter.

No less than 157 business schools spread across 19 countries competed in the 2016 FT Global MBA ranking for this year, the 18th time the rankings were released.