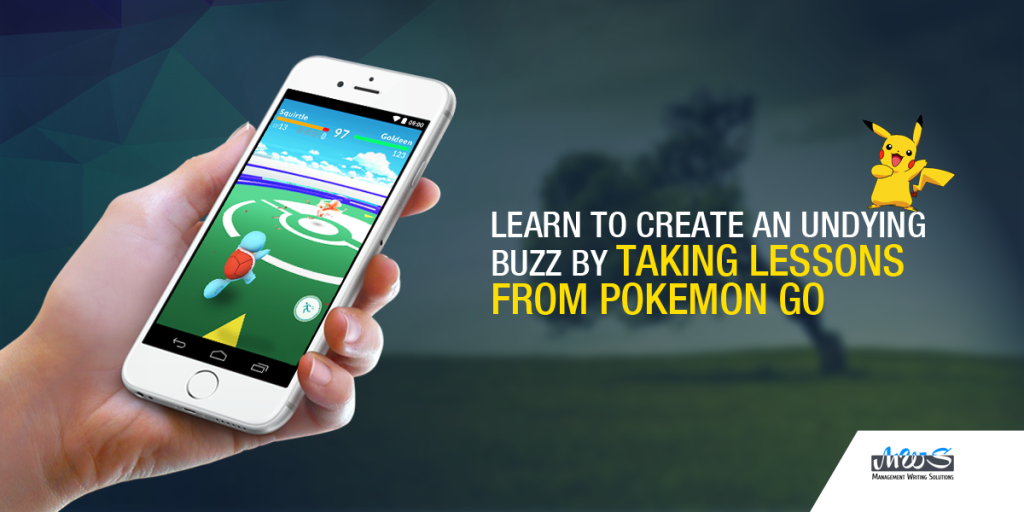 Remember the buzz that took the whole world by storm and led millions to try and get their hands on .apk files and get out and start walking to catch ‘em all?

It was all for the game Pokemon Go, which is much more than just an over-hyped, addictive augmented reality game that people really enjoyed playing. In fact to be honest there is nothing much you can do with the game, other than catch Pokemons and fight them! But there is much more about the buzz about Pokemon Go, than only its health benefits. It is a great lesson to be learnt about viral marketing.

But what is it about this game of Pokemon Go that can be a great lesson for businessmen and market owners?

As per a recent study, it was discovered that almost 60 percent of the people who did download that game actually played it daily. The most important USP (unique selling point) for the game is that unlike Angry Birds, Clash of Clans or Candy Crush, Pokemon Go actually gets people moving which is in-tune with the healthy lifestyle trend. This is a new way to get exercise while still being glued to your phones, and also meet new friends and explore your neighbourhood.

We at Management Writing Solutions, your trusted assignment help services have closely followed this craze with Pokemon Go for a month, and then decided to compile a list of things marketers can learn from the game:

Pokemon Go cashes in on the emotional connection: (so do we on your scholarship MBA essays)

As it is in businesses, companies must find a way to connect with their customers and build on that a relationship with time. This can be through either nostalgia or through innovation. The main reason behind the game’s popularity was because it connects with people on a very emotional level through nostalgia.

Kids who were avid fans of Pokemon in the 90s have grown up to be adults now and it makes them feel young again. It reminds them of their old, carefree glory days.

Also there is the extra advantage of bringing gamers together which is a great way to make new friends. Craigslist had multiple ads of groups of people meeting and playing against each other, battling their monsters out with Pokemon Go.

Accessibility is the key when it comes to business success: (we are an all-time available essay-writing service)

One of the most important aspect for businesses is to have a good business presence. How can your target customers find you I you are not easily accessible?

And Pokemon understands that very well. This is one of the reasons why this game got so popular, because it is highly accessible. These days most developers first launch an IOS version and then release an android compatible version. But that was different with Pokemon Go. The game was simultaneously available on both platforms right from the get-go. So, anybody who wanted to play the game could play it. The only glitch to have affected the use was a server problem as a lot of people were playing 24*7.

Business success starts with a buzz: ( get MBA dissertations that reap in big score with big buzz)

Even if you have not played the game, it is evident that the game is huge. It even got to a point where if someone played it, the curiosity it created will hook in the people who do not play it.

The game was first released in Australia, New Zealand and the US and then later on spread to UK, Spain and other European and Asian countries. And with every roll-out immense buzz was created that got the other parts of the globe equally excited and envious. People even started to work on an alternative option to play the game in countries like China, where it is banned!

Apple had made an announcement that the game even created a new App Store record with maximum downloads in the first week which has never been matched by any other app in the history of apps. And what is more is the game is still raking in more than 1 million dollars every day!

While many believe that the company that made the game, Pokemon Go Niantic was an over-night success. But the truth is that it has been around for several years and were initially the makers of a similar less popular game called Ingress. They only placed the Pokemons in the concept of the game Ingress which created this buzz all over the market. The company has its roots deep in geo-location which is the main reason behind the popularity of the game.

So as it was for Pokemon Go, it is for most businesses. You must be patient with starting small and then pivot your way if necessary.