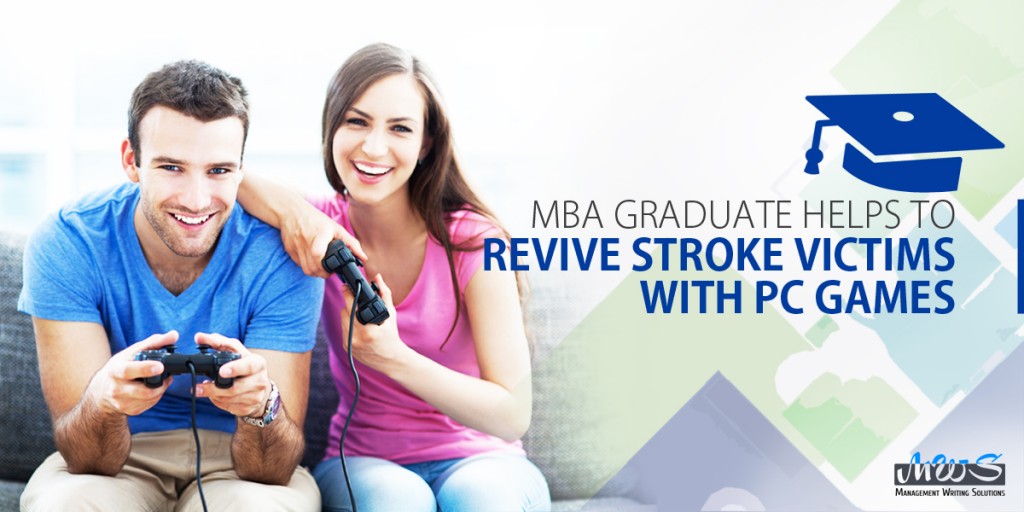 A fresh MBA pass-out is changing the world of post-stroke treatment with his new brilliant idea that is also quite enjoyable for the patients to go through. Who wouldn’t like to have their stroke-paralyzed limbs to get back into voluntary animation with fun computer games? I know I would if that was the case with me.

Hoyoung Ban shares the pain of those who suffer from post-stroke paralysis and worse have succumbed to their final doom from stroke as he could not share his joy of graduating from the Korea Advanced Institute of Science and Technology with his father, who passed away from stroke before he could.

Soon after this two of Ban’s uncles also suffered from stroke, while they did not lose the battle with death but did fail to complete the rehabilitation process. That was mostly due to the high costs of treatment to rehabilitate the functioning of their limbs. Such experiences and seeing his uncles lose use of their hands gave Ban the idea to use computer games as he had some personal interest with this issue.

He expressed special interest in his friend’s research with robotics and stroke rehabilitation algorithms to gain a PhD from the University of Southern California. His research had a prototype built for helping stroke victims regain the use of their hands using some attractive computer gaming with robotics hardware. But the only glitch in completing was to arrange for the hardware which was proving to be too expensive for commercialization.

This gave Ban the idea to put his expertise in business as he had launched several businesses including one where he targeted online TV for Koreans based in Los Angeles. So he put his entrepreneurial thinking skills to test and dived into this project that he personally felt so much affinity to. He was about to acquire an MBA from the University of Virginia’s Darden School of Business and this gave the right opportunity to make contacts with experts connected to this field.

Soon a recipe for success was achieved when Ban combined his start-up knowledge with MBA tools from Virginia University and married it to Choi’s technological know-how to find a good solution to the problem with commercializing the hardware for post-stroke rehabilitation against those paralyzed.

And the result of these efforts gave birth to a new avenue of digital healthcare technology using something truly amazing. Robotics combined with interactive computer games that can be used to rehabilitate the limbs of post-stroke paralysis victims find new hope to regain their functions. They will be launching the paper soon on the trials of the research which took them about two years, one year on the trials and another year for writing the paper for the trials.

However, the results were amazing and the whole medical as well as robotics and digital industry is all ears to learn about this revolutionary new treatment method and how much will it cost for rehabilitating post-stroke paralyzed patients. Ban revealed in a statement that pro-active communications and regular feedbacks are essential for the success of any new product development venture.