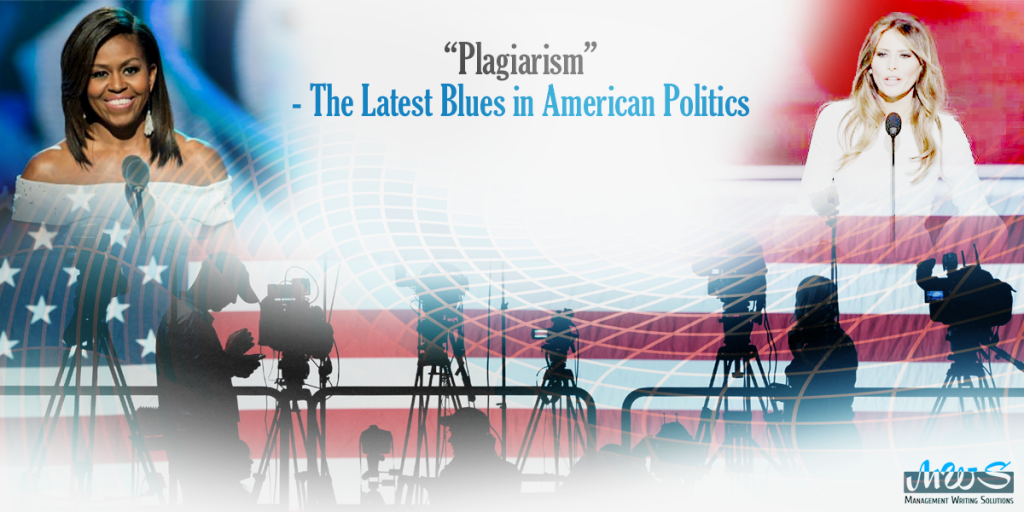 When we as academic writers start writing term papers, the occasional fear is not to conduct plagiarism. Not only this is an offense, but surely this raises a question on our credibility as an academic writing service. Life turns upside-down if a researcher fails to prove his share of originality related to the content. That is exactly what Melania Trump has been facing these days. Whether it is just another intentional publicity stunt from Trump’s team or not we are not sure but at least we still have “Trump-ing talks” going on. Whatever be the idea let us check out the real reason and perception of the people across the world.

Honestly, the PR activities of Trump’s campaign are something that has so far only awarded the American paparazzi with sheer unadulterated meme-worthy entertainment. With author Shaun King shares his opinion of the circus at the Republican National Convention regarding the exact phrase by phrase, exact word by word, speech delivered by Melania Trump. A clear example of plagiarism from the DNC convention is what the community has seen so far. She almost uttered the same ideas Michelle Obama uttered in 2008. Though some of the tweets have went on stating 93% of the speech stood different from that of the ideas of Michelle Obama, but let us offer the benefit of doubt.

Even if she was trying to reiterate the same views that Michelle Obama had in regard to how the world should be, she simply ignored to refer the original speaker as a means of showing her gratitude to the original speaker. One of the biggest crimes is believed to be what she did by ignoring the basic plagiarism policies. Interestingly, the University of Ljubljana declared their strictness on plagiarism citing the former Education minister Klavdija Marrkez’s speech.

Reports revealed she was one of those drop-outs at the University where she spent a year, before allegedly claiming a degree in the design and architecture from the University of Solvenia. It was a claim but news of her not holding a graduate degree indulges in controversies. Thus, it is evident that her former university had been too strict while scanning the assignments, term papers, and essay writings of each student in the recent past, back in the April. We at Management Writing Solutions take a strong message from this incident where we are very careful while addressing specific quotes, visions, opinions of renowned scholars or personalities at hand.

Why so much of noise on Plagiarism?

Be it the Harvard or the Ljublijana, the basic element of plagiarism indicates violation of the copyrights or intellectual property rights to a great extent of the original authors. It is simply like not owing your allegiance to the minds for those creations. Reframing something or lifting something without doing proper citation is a common mistake which give rise to plagiarism.

What seriously went out of the hand is if the nation has someone to get away with the despicable act of copy-pasting and shed light on a process that would be terrifying for the minds. Especially for the real creators this would mean theft and treachery. Another reason would be loss of creativity. The earth is facing scarcity of real leaders and if the politicians act like this then building an authentic nation will be an impossible task. The woes of Melania Trump though gained a lot of momentum but the matter of plagiarism is critical that could be felt.