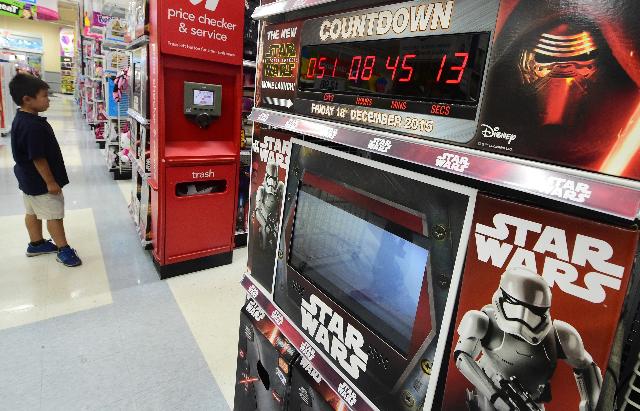 Each year a movie is released that blows all the other movies of the year away and set new records for the box office. The previous year “Transformers: Age of Extinction” grabbed the coveted position, a year before that it was “Frozen” and these were preceded by “The Avengers,” “The Dark Knight Rises” and so on and so forth

That is not to deny that it is so by design. As we know movies are a big business and the larger peers among the various movie studios are concentrating their energies on developing franchises. That results in lucrative installments and a whole set of consumer complementing peripherals like video games, toys, rides in theme parks as well as clothing. These provide a means of acquiring recurrent revenue for many years to come.

This year the hype surrounding the upcoming release of “Star Wars: The Force Awakens”, the seventh installment in the illustrious “Star Wars” Movie Franchise, is unprecedented as it is all set to hit the theatres in December. The extent of the hype may be somewhat gauged by the following set of figures and facts.

The trailer made its debut during the halftime of the football extravaganza- Monday Night Football aired on ESPN on the 19th of October was enough to overwhelm the game played. It generated 17,000 tweets to the minute and had no fewer than 2 million interactions on the popular social networking site Facebook. The following weak witnessed 50 million views on the video streaming service owned by Google- Youtube. The buzz was enough to steam up advanced sales to levels unprecedented at any time in the past. Consider this; sellers sold opening night tickets for the epic franchise for premiums as much as 500% on eBay. It can easily rank alongside large sporting events in terms of hype.