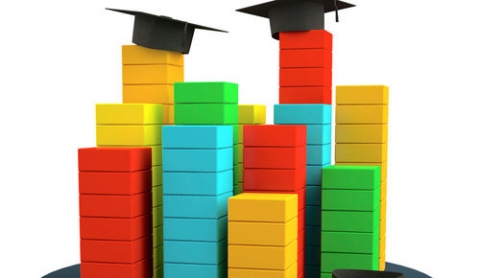 The British academic policymakers should show some signs of concern as UK universities slip in the latest ranking of international universities. Only Cambridge managed a spot as one of the top five universities in the globe, having secured a third-place jointly.

The QS World University Rankings, considered to be the most thorough of its kind found that MIT or Massachusetts Institute of Technology stood at the top followed by Harvard which rose by two spots from number four in the previous year.

No need to press the panic button yet though, as four of the top ten universities still hail from the UK. The biggest loser at the top was the Imperial College at London which fell to the eighth place from number two the previous year. This is attributed due to change in the methodology to rank universities.

The Details of the Top Ten

Oxford fell a spot to sixth from the fifth last year and University College London to feel two spots from joint fifth to seventh in the latest report. Another educational institute in UK of repute which had to suffer a fall in university rankings is none other than Kings College London which dropped from 16 in the previous year to 19 this year.

The Stanford University in California fared a joint third with Cambridge up four places. The California Institute of Technology was ranked at the 5th spot with ETH Zurich ranked nine and Chicago University ranked tenth.

A survey was made by Management Writing Solutions based on an actual database where we have found that the first two universities from Singapore made it to the top 15. Where The National University of Singapore has got 12th rank and Nanyang Technological University has got 13th rank.

In a Few Words

We may summarize by saying that though there was a change in methodology which made a difference to the rankings, there is enough reason for the educational establishment in UK to get its act together.