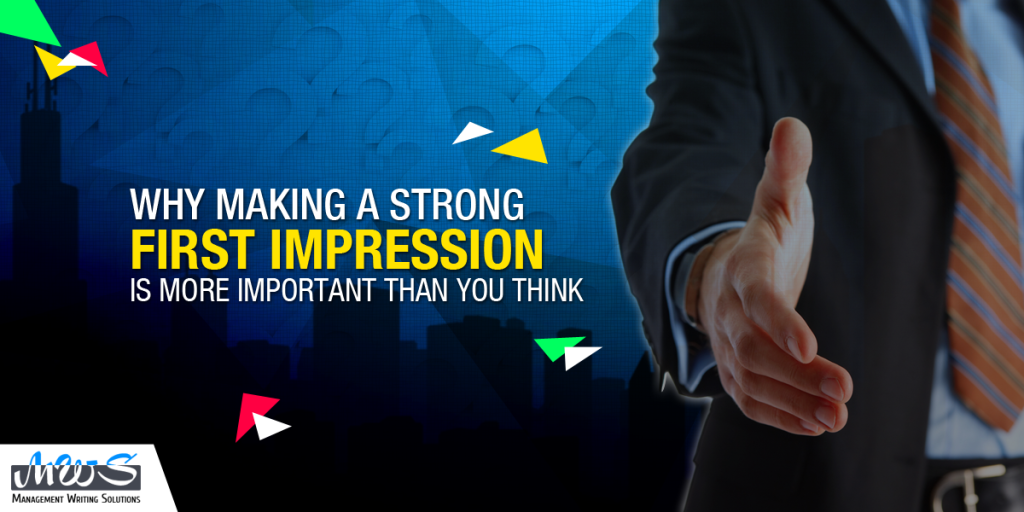 You may be familiar with the proverb, ‘First Impression is the last impression’. Several psychologists have researched the importance of first impression and majority of them have concluded that it is highly responsible for the way people will perceive you in the future. Although some psychologists believe that in some cases- such as in a relationship, you may get a second chance for building your reputation. However, they agreed with the fact that in a business scenario your first impression may determine whether you will be able to score that deal or not.

The Ancient Study of Non-Verbal Communication

Body language is a powerful tool of communication. In fact, the ancient philosophers were curious about how one can judge another person based on his/her appearance and style. One of the greatest philosophers of all time, Aristotle divided the communication process into three sections. And they are: Ethos, Pathos and Logos.

Ethos: Ethos is referred to the ethical appeal that a person generates through his appearance and behaviour. It is the most important part of a communication process, because most of the people will judge your ethos in order to decide who you are beneath your dress and what you are up to. In short, ethos determines how people perceive you as a person. People determine your ethos right during the first time they see you. Ethos is, in fact, the ‘first impression’ that we have been talking about for a while.

Pathos: It is the emotional appeal of a person. Do not be mistaken with the term, ‘emotional’, as it is not how much emotional you are or you can be. Rather pathos is all about how you can persuade people using their emotions. For instance, you may persuade a person to buy a book by telling them that you need to sell it in order to keep your stomach full.

Logos: At last, Aristotle came up with ‘logos’, which determines the logical appeal you use for persuading your audience. For example, the sales person of a toothpaste brand may ask his potential buyers to purchase his product because it provides anti-germ protection.

What seems more interesting is that the effectiveness of pathos and logos depends on ethos. The more ethical and credible you are, the better are your chances to persuade people according to your requirements. Thus, first impression dictates your success or failure, in most cases.

A British-born Journalist and Author, Malcolm Timothy Gladwell has written a book named, ‘Blink: The Power of Thinking without Thinking’ in 2005. In his book, he has talked about some of the best decision makers across different fields. He had studied them in order to figure out how they could accurately judge people based on their first impressions. Not only Malcolm, but there are other reputed authors as well who have published their works on the relevance of first impression. The most common findings that these authors accumulated are that we all get a 4-seconds window to display our personality during the initial stage of a meeting. It means that the person whom you are addressing, will judge you in between the first 4 to 7 seconds of your conversation. And he/she will finalise his/her conception about you in approximately 30 seconds, which may seem a short period. However, researchers claim that these 30 seconds form the most important phase of your deal, as this period will determine the chances of your success.

A business executive once said, ‘whatever you do or do not do, either adds to your credibility or take it away from you’. Surprisingly, this quote is similar to what the psychologists have found. Reaching late, slouching on the chair, poor dressing and an inappropriate handshake, are all but negative impressions that you must avoid at all costs.

Let us see how you can brush up in order to make your first impression a lasting one.

Avoid fake smiles: People are smarter than you think, and they will not hesitate to detect your fake smile. One of the characteristics of true smile is that the eyes start to sparkle as soon as your lips bend upwards. Avoid smiling fake, as it would be harmful for your reputation.

Do not be a self-promoter: Do you know whom people hate the most? They dislike the self-centric individuals who do not think anything other than themselves. You may not wish to be that kind of a person. Instead, during your meetings, try to offer a solution to other’s problems rather than focusing on your profit.

Stay Confident: As long as your partner (business) sees confidence in your posture and appearance, he too, will be confident enough to continue talking about the future prospects of your business partnership. Remember that no one wishes to develop a business relation with someone who is not confident about himself. Would you spend your time with a person who has no idea what he is doing?

Maintain Eye Contact: Look straight into the eyes during meeting with your clients, boss or colleagues. Did you know that even dogs find it insulting when someone has fluctuating eye-contact behaviour? Imagine what a human being will feel, if you keep your eyeballs rotating around his/her face and avoid staring directly into his/her eyes.

In psychology, there is a term ‘thin-slicing’, which is referred to a particular ability that helps a person to recognise patterns based on narrow or smaller events or experience. People use the same ability to judge any person based on their first impression. Therefore, the next time you are heading for a meeting, keep the basics in mind and create an impression that lasts forever.